I just left Derry yesterday afternoon, well before the violence occurred late last night. My time here was spent learning about The Troubles during the last half of the 20th century. For 30 years, the tragedies of fighting, suppression, revolt, and loss multiplied. Efforts to establish peace were highlighted with the Good Friday Agreement in 1998, and concerted efforts have been made since then to sustain a peaceful coexistence between the Protestants (Unionists/Loyalists/British) and Catholics (Nationalists/Republicans/Irish). There had been hopeful signs of progress across Northern Ireland. But with Brexit looming and the potential chaos that could wreak on the people of Northern Ireland and Ireland, especially along the borders, tensions have been rising and people are finding excuses to sow discontent.

The irony is not lost on me that today, Good Friday, marks the 21st anniversary of that peace accord, and because of all I’ve learned on my visit to Derry, I’m even more keenly saddened by last night’s riots and the shooting of 29-year-old journalist Lyra McKee.

Irish Prime Minister Leo Varadkar said of the events, “We cannot allow those who want to propagate violence, fear and hate to drag us back to the past.” 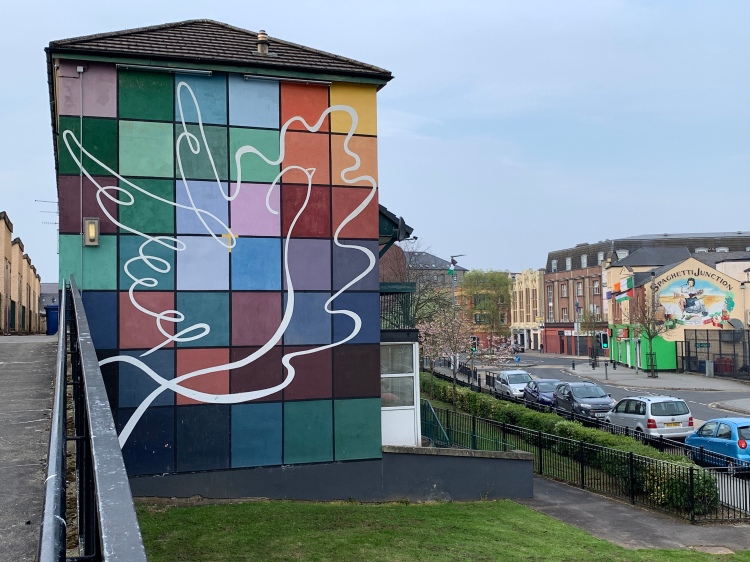 The rioting was likely a result of search and seizure operations (raids) carried out by the police, who suspected some people of storing weapons and ammunition for upcoming attacks. But violence never solves anything, and it is tragic and shameful that while there are those who, for more than 20 years, have been trying to make progress and have literally built a bridge of peace, there are those who would choose to tear down those links and do so without regard for the safety of those in their community and of innocent bystanders.

Derry’s Peace Bridge is a suspension bridge for pedestrians and cyclists and was opened in 2011. It crosses the River Foyle, connecting the city center, known as the west bank, and the east bank, called Waterside. When viewed from certain angles, the suspension system “arms” appear to be leaning away from each other. Because of the s-curves in the bridge path, from other angles, they can also appear to be reaching for one another in a kind of determined attempt at a handshake. A guide remarked to me, “The pathway to peace is never a straight line. It winds and shifts. Sometimes there’s mistrust and turning away from one another. But there are also opportunities to lean in and support each other when you make the effort to look for them.” 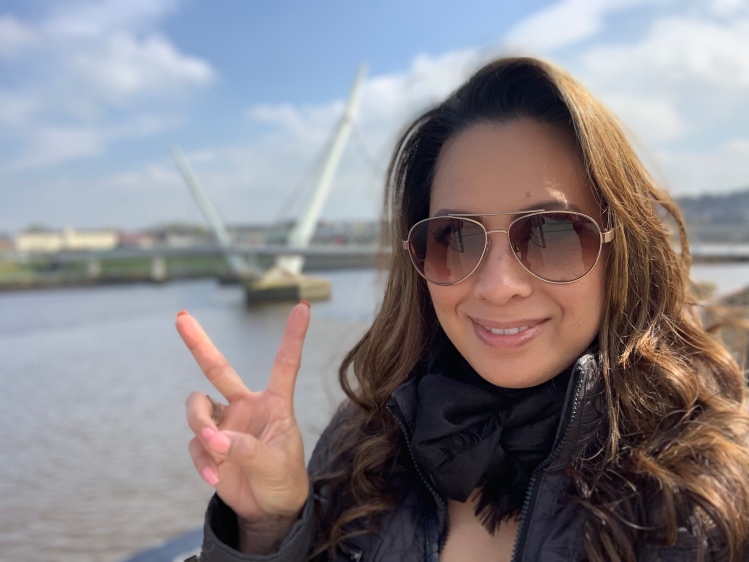 Lasting peace takes work from all stakeholders on all sides, but it is always worth it. I have faith that this incident will provide the people of Derry and of Northern Ireland a chance to find new ways to reach out to one another in search of healing old and new wounds, of compassion for each other’s needs and struggles, and of an enduring peace.

One thought on “Derry: Faith, Violence, and a Hope for Peace”